The European Championships in Karlstad

The two English teams are in Karlstad this week playing in the European Championships. The men's team pictured below are seeking to improve on their bronze medal from last year. 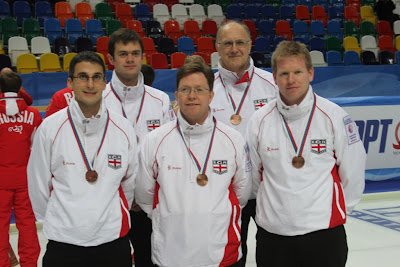 Having hurt his back at the ECA Seniors Championship it is unlikely that John will be playing at all but the will be there as brush holder and stone retriever during pratice!!!

The women's team is a mixture of youth and experience with Angharad Ward coming in as alternate to join Fiona Hawker, Alison Hemmings, Susan Young and Debbie Hutcheon though she is likely to be playing third throughout. 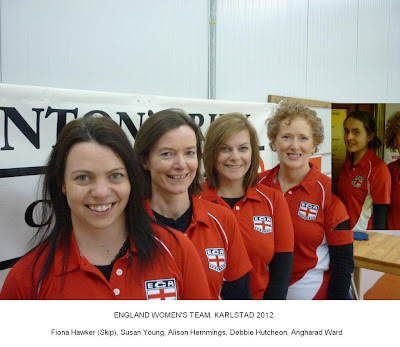 RESULTS (will be updated as they are played)

This means that England finished in third position on ranking and will play Italy in a tie break to decide whether or not they progress to the play-off against the Netherlands. Finland finished top of the group.

The final finishing position for the women  was 17th, the same as last year.